Wow. What an incredible sounding album. I'm so impressed that I downloaded the entire Lp by The xx, which is a rarity for me. Reminiscent of The Cure's Seventeen Seconds; so much so that I may have to put on the headphones and take a midnite walk around the railroad tracks like used to do back in the day.

Below is an incredible cover of Teardrops, which I find to be most mesmerizing. Hard to believe it's the same song.

And although not a true duet in the proper sense, still enough mixed vocals in the chorus to continue the thread from below...I have a feeling we will be hearing more from them...Click on the title to find out more about this band out of South West London, UK
Posted by pc at 2:37 PM 1 comment:

Tonite I will get all the candy that my kids don't like, namely Mounds and Almond Joy.

He said:
You are too concerned about what was and what will be."There is a saying: yesterday is history, tomorrow is a mystery, but today is a gift. That is why it is called the "present.""

Oogway: Look at this tree, Shifu: I cannot make it blossom when it suits me nor make it bear fruit before its time.
Shifu: But there are things we *can* control: I can control when the fruit will fall, I can control where to plant the seed: that is no illusion, Master!
Oogway: Ah, yes. But no matter what you do, that seed will grow to be a peach tree. You may wish for an apple or an orange, but you will get a peach.

Why do I now have a hankering for some chicken chow mein?
Posted by pc at 6:21 PM 3 comments:

This is a master segue of the finest form. Although this duet by Stars is a few years old now, it follows the song by Princeton below quite nicely, with all of its baroqueishness...

I told you I was a sucker for duets -
suck·er
Pronunciation: \ˈsə-kər\5a: a person irresistibly attracted by something specified
Posted by pc at 7:12 PM 1 comment:

I've heard them described as Baroque, along with other bands such as Ra Ra Riot and Beirut. All I know is that if it's not Baroque, then don't fix it.

Nice little tune - Was hoping this link would play automatically, but click for free download Sadie and Andy 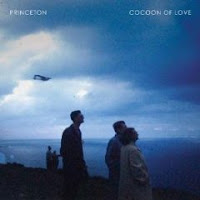 Menage a Trois of Todd

In honor of Todd Rundgren playing one of the last shows at the Spectrum on October 23, 2009

Really like this song. Two Door Cinema Club appears to be a nice little band from Northern Ireland. Check out their page for more catchy tunes..

Song of the Week - Madcon 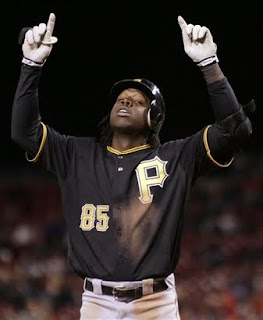 Will things ever look up for my beloved Pittsburgh Pirates?? We celebrated our Seventeenth straight losing season by finishing 62-99 this year. We were mercifully spared a 100-loss season by getting a rain-out during the last week. There are many reasons for the streak; the inability or desire to spend money being just one. The predominant reason I believe is the management's inability to evaluate talent. It seems management is blowing things all over the place, as detailed in the news report below. This has Pirates Management written all over it...

"In a move that will bring some light relief to embattled cruise ship operators and freighter owners, Somali pirates in skiffs mistakenly attacked the French navy’s flagship in the Indian Ocean on Wednesday, AFP reports.

The pirates in two fibreglass skiffs mistook the 18 000 tonne La Somme for a commercial tanker . According to a French navy spokesman, the La Somme’s crew “easily saw off the brazen night-time assault by lightly armed fighters on two lightweight skiffs and captured five pirates”.

Strike one for the good guys. That said, it is quite staggering to see how many warships have had to be deployed to the Indian Ocean to try and keep the shipping lanes safe from piracy, and still the attacks continue. It’s a little bit like the Boer commandos tying-up thousands of British troops during the the Anglo-Boer War, or the Germans trying to crush the French Resistance during the Second World War. As a wise general once said, “Guerillas never win wars. But they never lose them either.”