I have previously professed my love for the Pittsburgh Pirates on this blog. I have been rooting for them ever since I had the 1971 Pirates Strat-O team. I would use them vs. the other good teams from the early 70's, the Orioles (with Al Bumbry and Don Buford), Dodgers (Davey Lopes), Reds (Bobby Tolan) and Athletics (Billy North, Joe Rudi, Sal Bando and Campy Campanaris).

Willie Stargell, Roberto Clemente, Manny Sanguillen and Dock Ellis were my favorite players. Al Oliver and Richie Hebner too. I have stood by them steadfastly since then. They had many many bad years since then, including 100-loss seasons in the 80's, 90's and 2000's. The losing seasons were only interrupted by the Barry Bonds-led teams from 1990 to 1992. Bonds left in '92 and it has been downhill ever since. As they finish this horrid season, they have matched the dubious record for futility with their 16th consecutive losing season. Breaking the record next season is a virtual lock


But, recently, they have taken some aggressive action that has shown them to be a team to truly root for, a team that really has balls, as this article deftly illustrates...GO BUCCOS!!!
Posted by pc at 3:38 PM 2 comments:

I consider the previously posted M.I.A. track "Paper Planes" a dub because the music from The Clash's "Straight to Hell" is played constantly throughout the track. The new song is dubbed over the original music (with some awesome sound effects added)..

I consider this new song from T.I. to contain a sample from M.I.A. The line "No one on the corner has swagga like us" is from "Paper Planes". Although it is a key component to the song (the best part actually), it is not played constantly throughout the whole song, only sampled here and there...But what do I know? I am a nub!

I enjoy a good dub every now and then...


I first heard this song this summer on Radio New York - KEXP. It really took off after it was used for the trailer of "Pineapple Express".

I loved it the first time I heard it because it is dubbed over one of my favorite Clash songs... 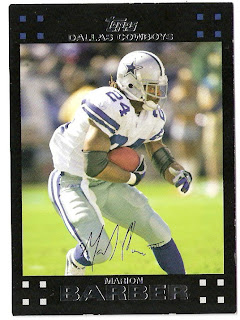 I want to walk down the halls with him and grow dreds.
Posted by pc at 9:35 PM No comments:

And check out the friends blogs to the right
Posted by pc at 9:35 PM 1 comment:

Posts have been far and few between. Still learning the ropes. Thanx maggotx for technical support.

Slowly making my way from NEWB to NUB

Not sure what your kid just said? Check out the Urban Dictionary for interpretations.
Posted by pc at 10:34 AM 2 comments:

Great band from North of the Border..I think Obama was singing this at the DNC..